When Ted and I married 34 years ago, he promised that one day he would take me to Michigan and show me where he had grown up as a little boy.  His grandparents had a summer cottage in the Les Cheneaux Islands in the UP (that’s Upper Peninsula for all you Southerners out there).  He and his mom would leave for the cottage as soon as school was out each spring, and they would stay all summer with his grandmother and granddaddy.  I fell in love with his stories of getting up on summer mornings, taking his little fishing boat out into the lake, and spending the day doing all the fun things that little boys can find to do in that kind of safe paradise on earth.  Twenty-three years ago he made the mistake of saying “let’s go north this summer”.  I think he thought the Les Cheneaux’s would be a little too tame for me, so he made reservations on Mackinac Island for two weeks, with plans for that to be our base of operation.  From there we would go to the “Snows” (a shortened version of Les Cheneaux).

If you know nothing of Mackinac Island, you are like I was.  I had vaguely heard of it – no motorized vehicles, lots of fudge, plenty of horse poop.  We lived in south Georgia at the time, and I was just excited I was going somewhere in July where the temps were in the 70’s instead of the 100’s!

That was in 2000, and we returned to Mackinac Island every year after that for two weeks, until 2008 when we realized our dream of buying a summer home there.  The Island worked its magic on me that very first summer.  I fell in love with this fairyland place where you truly feel you have stepped back in time.  I cried when we left.  That year passed quickly, and when we stepped on the ferry for our crossing the second year, and the Grand Hotel came into sight, we looked at each other and said at the exact same time, “we’re going home”.  It has become an almost spiritual place for me.  Seeing it rising out of Lake Huron as we cross from the mainland brings chill bumps to my arms every single time.

We sold our condo on the island and our home in Georgia in 2014 and moved to Florida to be near our grandchildren as they grew up.  But we still return each summer for 3-4 months to make new Mackinac memories. 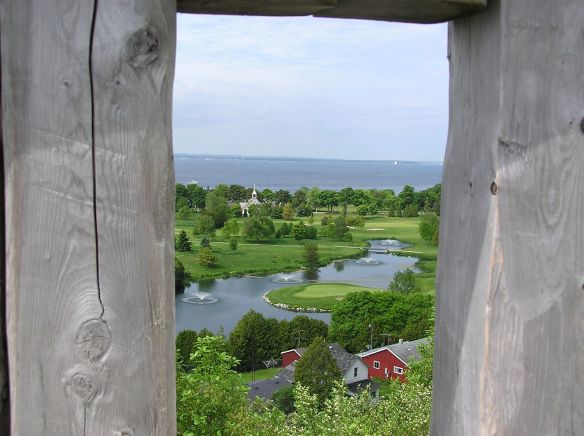 My hope is to open the uniqueness of Mackinac Island to anyone who is interested in reading about this very special place.  This blog is my journal each year as we leave Florida, travel to Michigan, and as we go through the “season” on the island.  We will return home at the end of October.

So join me, if you will.  Let’s make the journey together.