Can you believe all that snow from last week is almost gone?  It’s true – warmer temperatures and rain took care of most of it, but I received so many more snow photos after last week’s post, I’ve just got to pass them along to you tonight.  I don’t think I would ever tire of seeing Mackinac Island dressed for winter, and I’m guessing you wouldn’t either.

Before we get to snow pics, here’s a few news items:

A sample of the equine art that will be featured at Mackinac's Little Gallery.

Mackinac Wheels' web site is http://www.mackinacwheels.com. This photo is from this past summer.

Island friend Jill worked the Mackinac Horsemen's Association booth, along with many other island friends. She snapped this shot of Steve Rilenge- in red coat - and Leanne Brodeur - in riding habit (both are MHA Board members, and Leanne is MHA Executive Director), who worked the booth also. On either side of Steve are Jamie & Tina, blog fans who stopped by to say hello. On the far right is Alison Cram, one of the Horse Show judges.

Abby Holstrom, who is a year-round Island resident, shared these photos, and they are amazing!

A grand old tree, laden with snow, leans out over the street that runs parallel to the Boardwalk.

Some special effects here add to the dazzle of ice, water, and the Round Island Lighthouse.

If this shot doesn't make you shiver, you must be sitting by a fire somewhere! Gorgeous!

Sunrise at Windermere Point, with the "closed for the winter" Dog House Restaurant in the foreground. 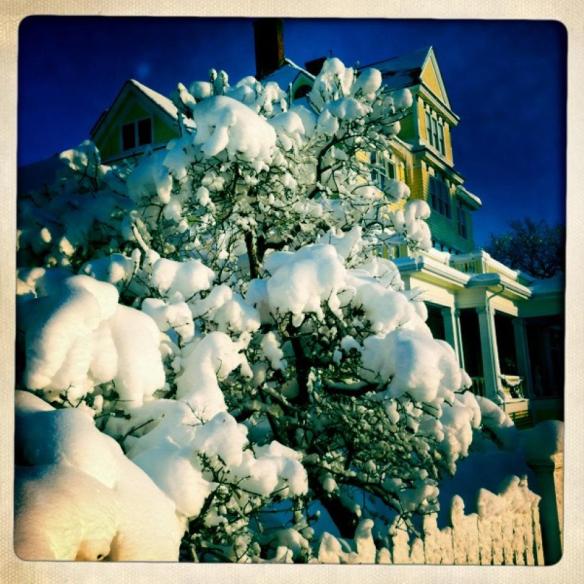 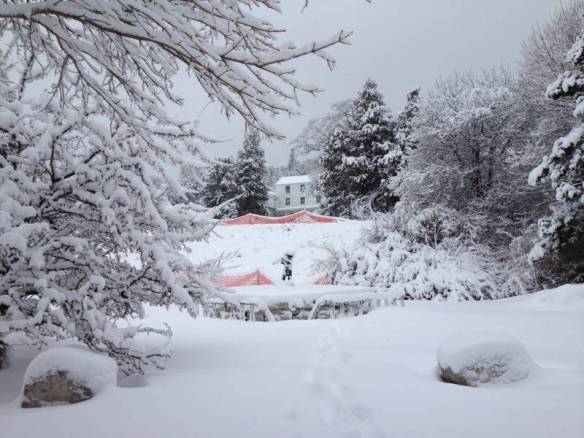 The Little Golfer statue across from Bistro on the Green. 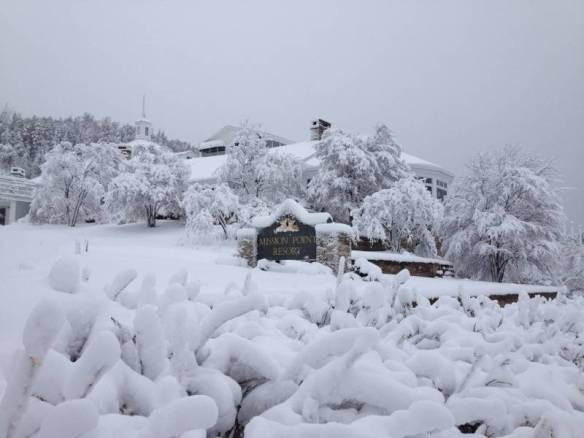 This skier didn't have to worry about running over anyone as he came down the hill at the entrance to Mission Point. Those are the Violet Residence of Mackinac Island condos behind the skier. 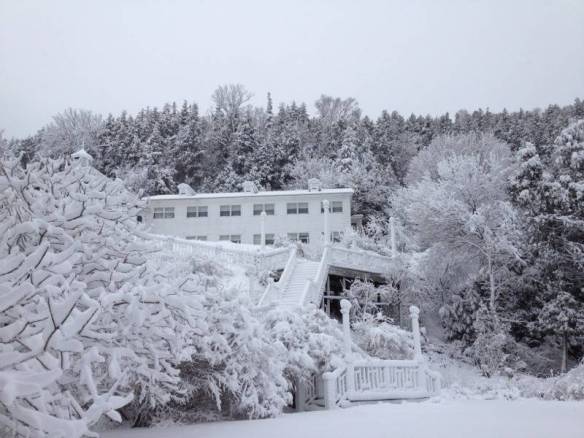 Tranquility Point at the east end of Mission Point Resort. 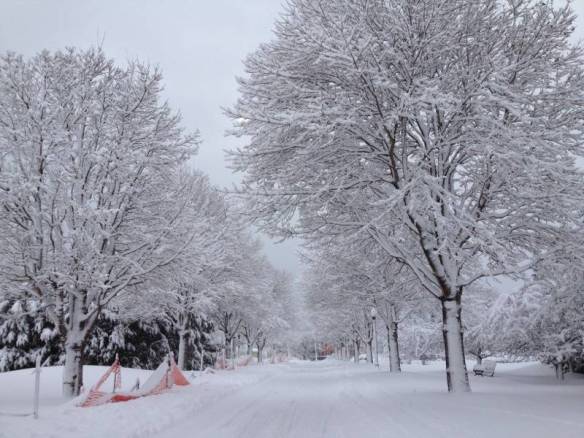 The tree-lined road in front of the resort. In several of these photos, the orange snow fencing is seen. 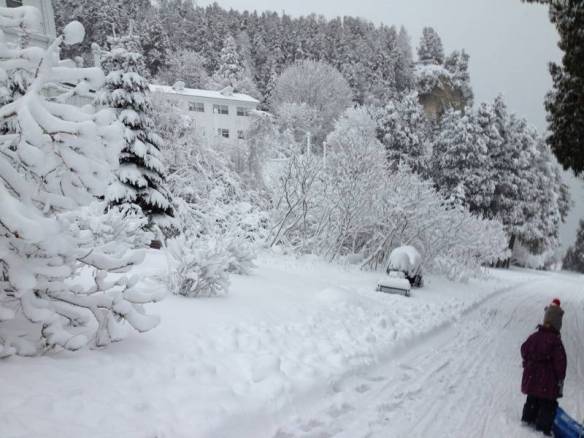 The sheer cliff of Robinson's Folly (at the top right) is the only space not covered in snow in this pic - except for the child in the foreground.

Robert McGreevy captured another coyote on the run over the ice.

A Shepler's representative got this shot of the line of "student and teacher transportation" at the Island school. No yellow school buses here!

After looking at all this cold and snow, we start to think that Spring can’t be very far behind.  Here’s a couple of shots that may start you thinking happy springtime thoughts . . .

This is a photo from a couple of summers ago. It shows Finnigan, Mike & Jeanine Forrester's dog, looking out over Fort Street from near Anne's Tablet. 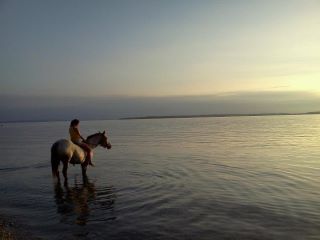 A peaceful photograph taken off the beach near the Cannonball Restaurant. (Photo by: Hailey Armstrong)

One more item.  Today Ted and I rode down to my hometown of Sylvester and talked to the Barnard Trail Chapter of DAR about the history and magic of Mackinac Island (Ted covered the history, and I covered the magic).  We had a great time sharing information about our second home, and I think the entire crowd is planning a bus trip north in the near future – just kidding, but I wish they would!

The best part of being invited to speak was getting to see so many folks I had not seen in years - including Dr. Gordon Davis, who had brought his wife Marian to the meeting (we're cousins). I also saw several ladies who I went to high school with, including . . . 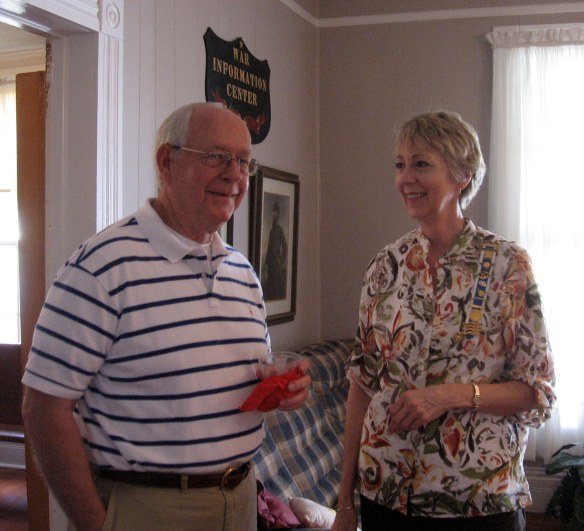 . . . Mary King Gammage Givens, who reads the Mackinac blog and invited us to come present the program.

Ted and I on the steps of the Chapter house. So good to be in my hometown - thanks for inviting us!

Whew!  That was a long post!  Hope you enjoyed it and come back next Wednesday for more on Mackinac Island.  Have a great week and weekend (Ted and I will be celebrating our 23rd anniversary on St. Patrick’s Day).