What a weekend this has been on the island!  Fabulous weather, fewer people, fun things to do!  It all added up to three days of Mackinac Island magic.

On Friday, after we rode up to Lookout Point for the picture of Sugar Loaf, we continued on to Fort Holmes to check for fall colors up there.  Nothing much happening with the leaves, but the clouds over the water made for a very pretty view. 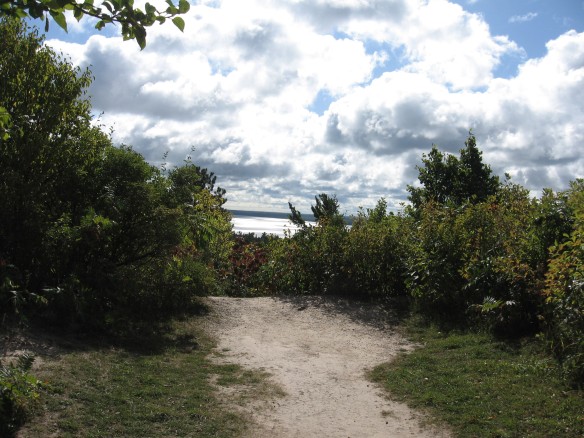 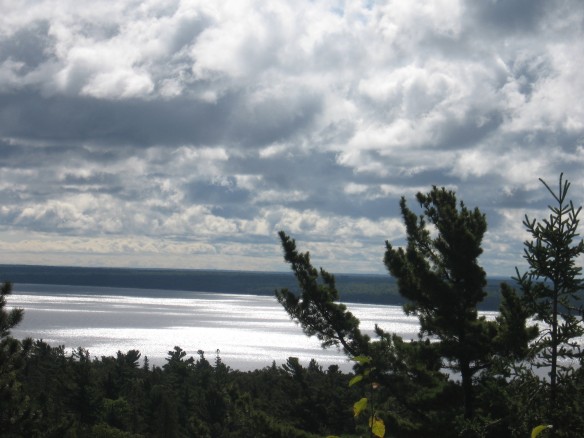 We came back home for a quick check-in with Maddie and Bear, took them out for a romp, then biked over to Mission Point.

The 14th running of the Great Turtle Half Marathon and 5.7 Mile Run/Walk is coming up Oct. 24, the last open weekend of the season.  Ted is going to compete in the walk, and I’ve been thinking about competing also.  We decided to walk the course on Friday, just to check it out.  The race route starts at Mission Point and wanders through a lot of state park land before coming out on M-185, to finish back at Mission Point.

We stored my backpack in a locker, and started the course – which began with a hike up Mission Hill to the East Bluff.  I had already talked to Ted about stopping along the way to take pictures, and he was fine with that.  He said he wasn’t worried about race times on this stroll. I said I wasn’t worried about race times during the race, and he just shook his head.  I don’t think he will ever understand my non-competitive nature.

As soon as we topped Mission Hill and turned right onto Huron Road, I had to get out the camera.  The sun was turning the blue water of Lake Huron into a shimmering expanse of sparkles. 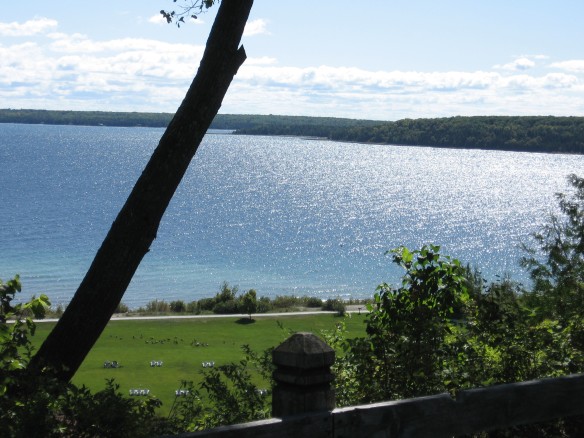 The course runs on Huron Road until it deadends into Arch Rock Rd, where you turn right.  You walk by Arch Rock, then follow Leslie Ave. (running parallel to Tranquill Bluff Trail) until you turn right again onto Scott’s Road.  All of this route is along beautiful wooded trails, and is approximately three miles long. 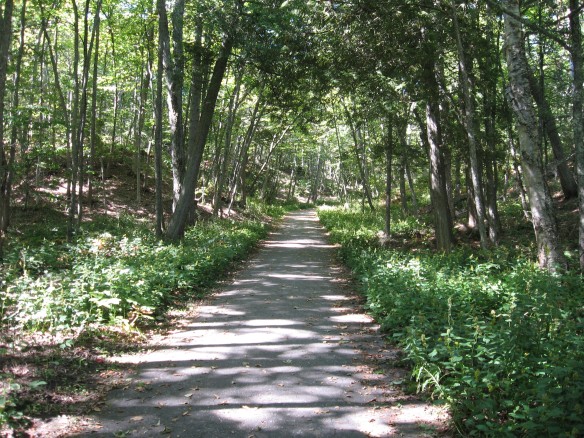 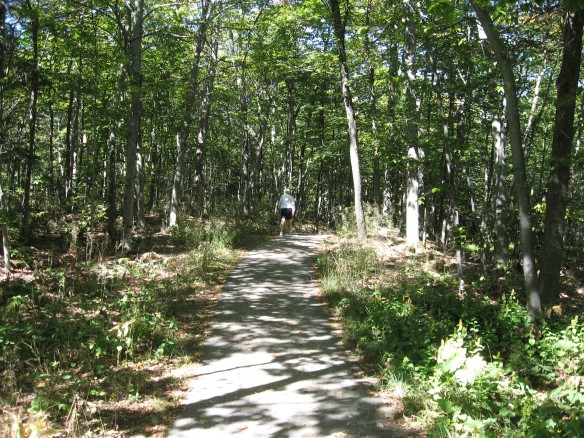 Fall colors are few and far between in the woods, but as we walked further, I discovered that by looking up I could see more yellow leaves than I could by looking out through the trees. 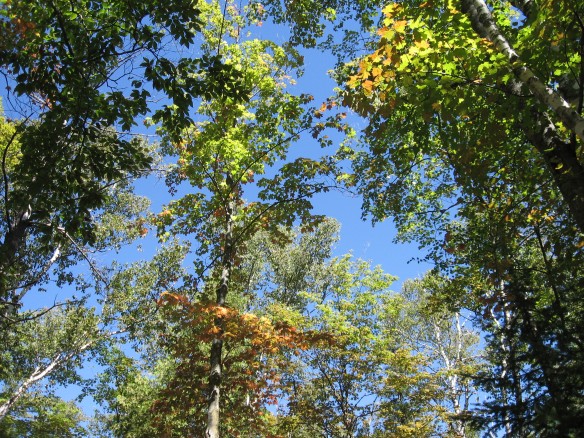 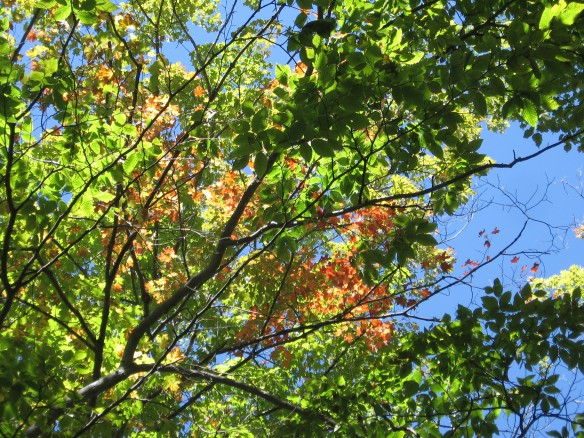 Of course, with all that looking up, I would have never seen this little guy if Ted hadn’t said, “Watch out!”  No worries, though.  There are no poisonous snakes on the island.  This fellow/girl was so lazily sunning itself in the warmth of the loose gravel on the side of the road that it never moved while I snapped pictures from a foot away. 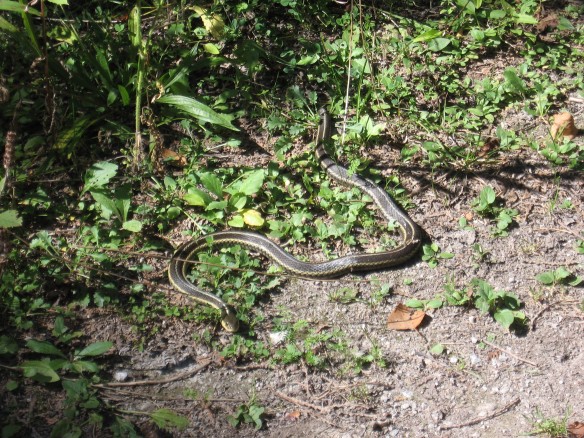 The only leaves I saw that had any color other than yellow were a few red ones on the roadway, as if God was just tossing out a couple to give a beautiful preview of what is to come in the next weeks. 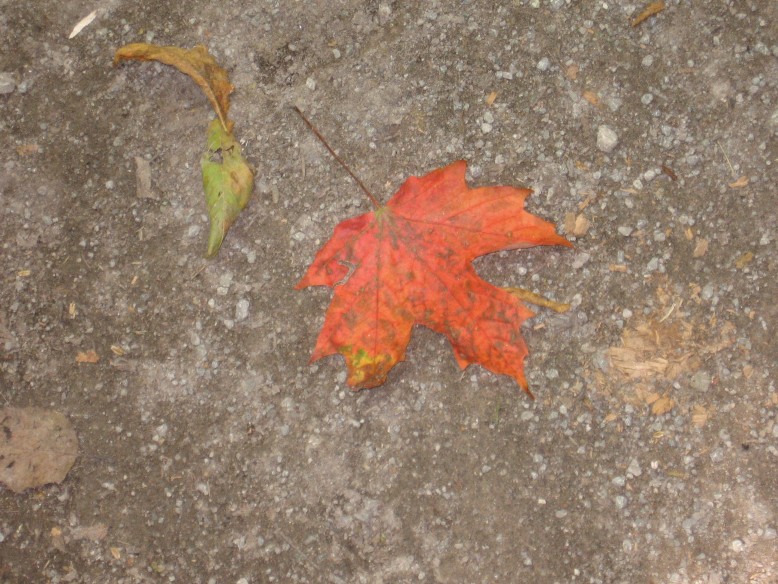 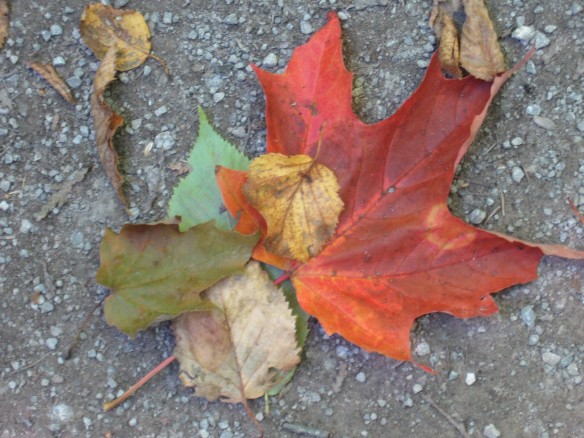 Ted had also been using this walk to look for a new landmark we had heard about on Scott’s Road.  It is called Eagle Point Cave, and like Friendship Altar, you have to know exactly where to look. 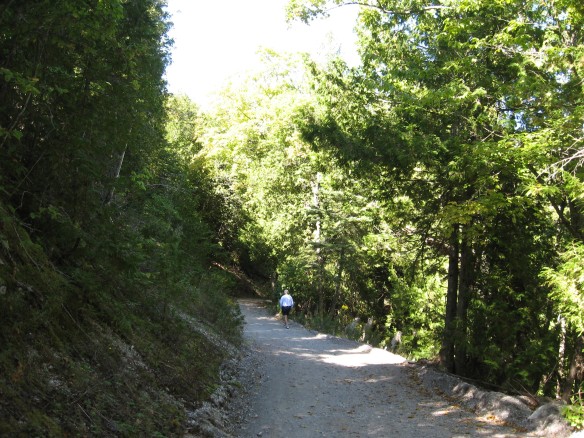 I had stopped to take pictures of leaves and then hurried to catch up with Ted.  I rounded a curve,  expecting to see him on the path ahead of me.  Instead I heard, “I found it!” from above on the left.  I looked up, and Ted was standing on a rock formation a few yards off the trail.  As I walked on by it, photographing from different angles, the cave came into view. 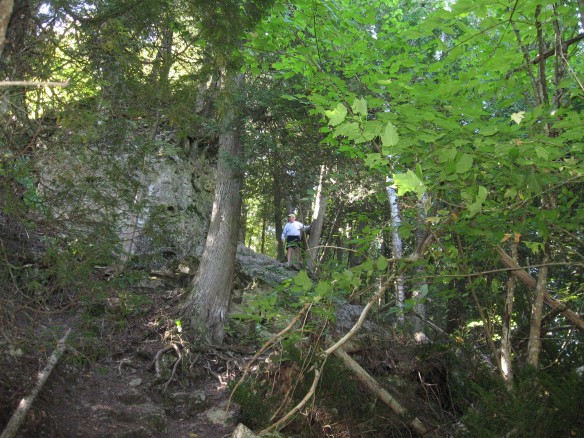 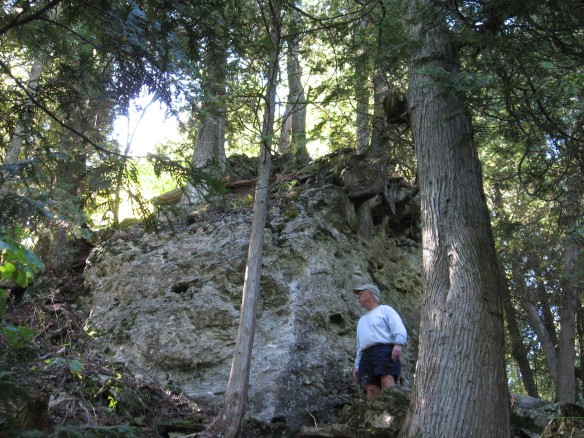 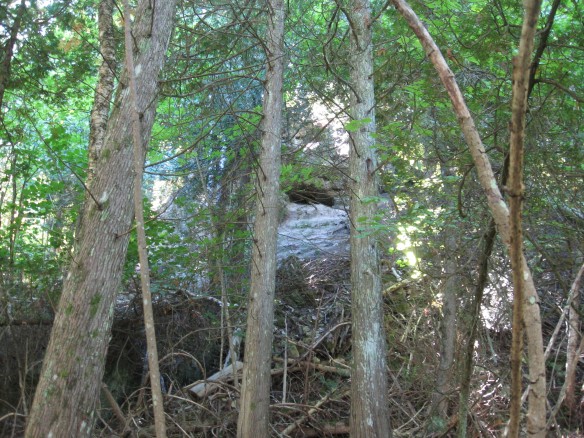 We took one last right onto Scott’s Shore Road, which brought us out at the water near the 3-mile marker.  Tomorrow, I’ll take you along the shoreline for the rest of the walk route. 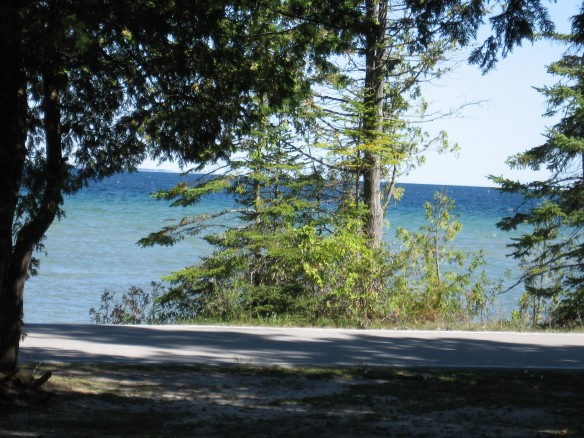 Other Bits and Pieces from the Weekend 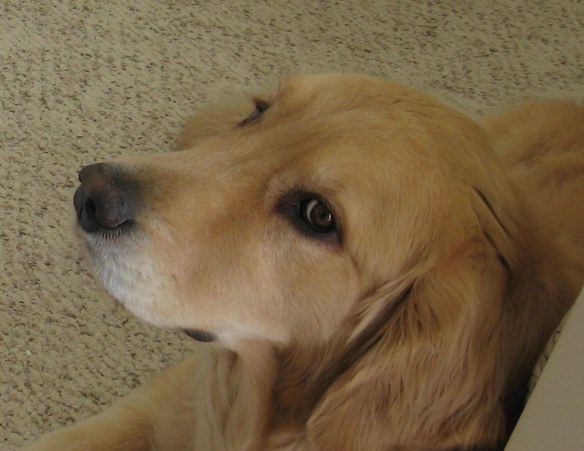 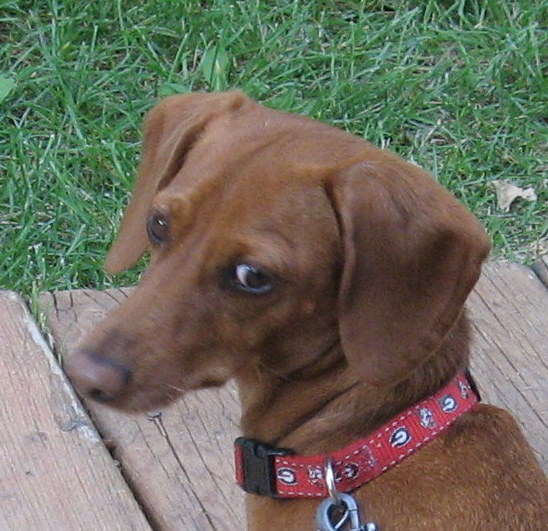